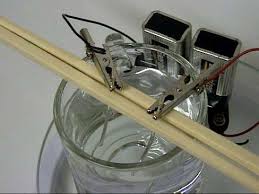 Pure silver has been used for hundreds of years in the prevention and treatment of illness from injury or toxic substance. During the Middle Ages silver goblets were used as drinking vessels in the belief that they prevented poisoning from bad wine or contaminated water or other liquid.

Pure Silver has been used as a liner in water canteens since the 100’s. The water held in these canteens stays sweet and clean until consumed.

No research has shown that any known disease-causing organism can live in the presence of even minute traces of the chemical element of metallic silver.