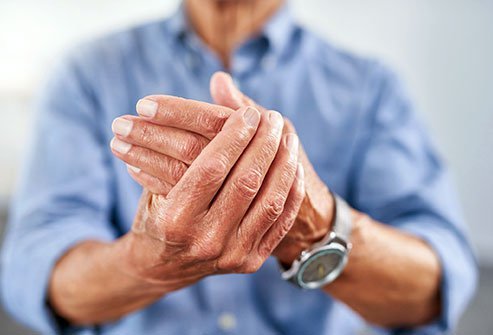 But what if joint pain and stiffness are inevitable if you don’t take the medication, yet heart problems could occur if you do? Health officials say that, as with any drug, only you and your doctor can determine the level of risk that is acceptable with medications currently available to treat arthritis.

The unsettling news in late 2004 that the popular anti-inflammatory arthritis drugs Vioxx (rofecoxib), Celebrex (celecoxib), and Bextra (valdecoxib) could cause a heart attack or stroke or aggravate high blood pressure has left some patients wondering whether they should keep taking them.

Data from clinical trials showed that cyclooxygenase-2 selective agents, better known as COX-2 inhibitors, may be associated with an increased risk of serious cardiovascular problems, especially when used in high doses or for long periods in patients with existing cardiovascular disease, or in very high-risk situations, such as immediately after heart surgery. COX-2 inhibitors are the newest subset of non-steroidal anti-inflammatory drugs (NSAIDs). COX-2 inhibitors were developed specifically to decrease the well-recognized gastric side effects and intolerance associated with the use of some NSAIDs.

Traditional NSAIDs, such as aspirin or ibuprofen, act by blocking the production of a family of chemicals known as prostaglandins, which are not only important in the development of inflammation, but also play an important role in maintaining the integrity of the stomach lining. At least two enzymes are involved in this inflammation, namely cyclooxygenase-1 (COX-1) and cyclooxygenase-2 (COX-2). Traditional NSAIDs inhibit both COX-1 and COX-2. Unfortunately, this non-selective inhibition of both COX enzymes also inhibits those prostaglandins involved in some of the important “housekeeping” functions of the body, such as helping blood to clot and protecting the stomach from ulceration.

It is this non-selective inhibition of both enzymes by aspirin and other non-selective NSAIDs that increases the risk of stomach ulcers and consequent bleeding. In theory, the newer COX-2 selective inhibitors only inhibit the enzyme involved in inflammation, leaving the other functions alone.

But Sandra Kweder, M.D., deputy director of the Food and Drug Administration’s Office of New Drugs, says that new studies have had a surprising twist. “The downside of the COX-2 selective inhibitors is that they appear to be associated–particularly when used for many consecutive months to years–with an increased risk of cardiovascular problems,” she says. Moreover, COX-2 inhibitors, like other NSAIDs, don’t influence the course of the disease–which doctors say is a common misconception among patients–because these drugs only provide for symptom relief.

Coincidentally, preliminary results from a three-year trial on the non-selective NSAID Aleve (naproxen) also suggested that long-term use may be associated with an increased risk for cardiovascular problems.

Since the results of studies on both non-selective and selective NSAIDs are preliminary and conflict with data from earlier studies of the same drugs, the FDA issued a public health advisory in December 2004 concerning use of all NSAIDs, pending further review of data that continue to be collected. The agency has recommended, among other things, that physicians limit the use of COX-2 inhibitors until further review.

“Monitoring the drug safety of marketed products requires close collaboration between our clinical reviewers and drug safety staff to evaluate and respond to adverse events identified in ongoing clinical trials or reported to us by physicians and their patients,” says Kweder. “The most recent actions concerning [NSAIDs] illustrate the vital importance of the ongoing assessment of the safety of a product once it is in widespread use.”
Others Weigh In

The concerns with the safety of so many pain relievers used to treat arthritis underscores the importance of arthritis as a major health care issue in the United States. Arthritis experts, patient advocacy groups, and other health organizations also are weighing in on the uncertainty of NSAIDs, and are recognizing the need for developing new and safer medications.

The American College of Rheumatology is advising physicians to follow current treatment guidelines and manufacturers’ dosage recommendations for NSAIDs. Treatment guidelines exist to help doctors choose the best options for their patients, based on current scientific studies.

The Arthritis Foundation said in a statement that the findings about the drugs should not have any immediate impact on the clinical use of them.

“Non-steroidal anti-inflammatory drugs continue to play an important role in the management of arthritis pain,” says John H. Klippel, M.D., president and CEO of the Arthritis Foundation. “Patients who derive benefit from these drugs should remain on their treatment regimen, and discuss concerns with their physicians,” he says.

But Charles A. Birbara, M.D., a rheumatologist and associate professor of medicine at the University of Massachusetts Medical School in Worcester, Mass., says that he has prescribed COX inhibitors cautiously in older people or those with cardiovascular or renal disease ever since early clinical studies discovered a possible risk in this patient population.

“I’m not always willing to take a risk with my patients, because we clearly don’t have a complete understanding of all the potential clinical issues associated with use of these drugs,” he says. Even before the controversy, Birbara notes that the long-term effects of COX-2 agents were unknown. Besides, he says, there are other treatment options available that are equally effective.

“There are so many wonderful things happening with respect to current therapies of arthritis,” he says. “Clearly, we are so much better able to control inflammatory arthritis with new biologic agents.” Birbara adds that so many people whose lives were diminished by joint disease can now look forward to an unrestricted lifestyle, which was “not even imaginable just a few short years ago.”

Richard Shirley, 64, an avid birdwatcher from Wrentham, Mass., battled rheumatoid arthritis in nearly every joint in his body for more than 25 years before he saw Birbara. He couldn’t button his shirt cuffs, walk frontward down a flight of stairs, or get in and out of a car without a struggle. At times, his hands were so swollen he couldn’t grasp small objects or make a closed fist. Shirley had his wedding ring resized so it would fit.

“Richard had seen a number of physicians and had been on many medications to treat his disease,” Birbara says. “However, the aggressive nature of his arthritis was not very responsive to standard medications.” According to Birbara, X-rays of Shirley also showed evidence of joint destruction.

“Doctor Birbara has a zero tolerance for hot and inflamed joints,” Shirley says, “because that’s when the damage is done.” Shirley also believes, from his own experience, that each person needs to work with his or her physician to find the appropriate medicine. For him, a new biologic product made the difference.

Finding the right treatments for those at greatest risk for the potential complications of arthritis and other rheumatic conditions, Birbara says, hopefully will lessen the burden of this disease, not only in the United States, but for the entire world.