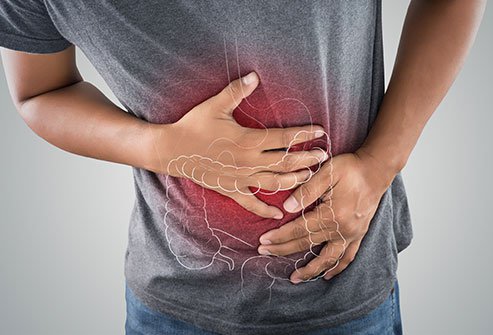 The medication available to treat Crohn’s disease is fairly abundant; although, there are basically four categories. Symptom relief drugs, anti-inflammatory drugs, immune system suppressors, and antibiotics are the basic types of medication to be taken.
Symptom relief drugs are often used to tolerate the effects of Crohn’s Disease, but do not really cure or eliminate the primary condition, which is inflammation of the digestive system. Anti-diarrheals, laxatives, pain relievers, iron supplements, and nutritional supplements are on the list of most used medications and are usually available over the counter, although more potent forms may be prescribed. A common complaint is diarrhea, which occurs in almost of Crohn’s sufferers; therefore, ant-diarrheals, such as fiber supplements or loperamide (Imodium), may be used to control the occurrence of diarrhea. On the other hand, blockages may also occur due to the inflammation and scar tissue found in the bowel system. For this ailment, laxatives are sometimes used. Pain relievers, such as acetaminophen, may be used to relieve abdominal and joint pain common with Crohn’s. However, other pain relievers, nonsteroidal anti-inflammatory drugs, such as aspirin, ibuprofen or naproxen sodium, should not be used as they will worsen symptoms. Also, nutritional and iron supplements may be necessary to restore much needed elements to your body.
However, to truly treat symptoms instead of masking their effects, anti-inflammatory medications are most often used. Considering the primary effect of Crohn’s is the inflammation of the intestinal system, reducing this swelling will greatly reduce the negative side effects of the disorder. Sulfasalazine, Mesalamine, and Corticosteroids are the most common forms of anti-inflammatory used for Crohn’s. Sulfasalazine is the most often used; however, it has very negative side effects, such as nausea, vomiting, and headaches. Mesalamine is used less, but has far less side effects. Corticosteroids are used to treat several disorders. However, they are less effective in Crohn’s Disease and have serious side effects.
Immune system suppressors are also usually effective in treating as Crohn’s Disease is caused by an exaggerated response of the body’s immune system. Azathioprine and mercaptopurine are the most common forms of immunosuppressant used to treat Crohn’s. Unfortunately, these medications may cause liver damage, high blood pressure, cancer and increased risk of infection.
Antibiotics are usually used to control negative effects of infection by healing fistulas, abscesses, and ulcers. Antibiotics do have side effects, especially the forms used to treat Crohn’s. However, untreated infection could be disastrous.