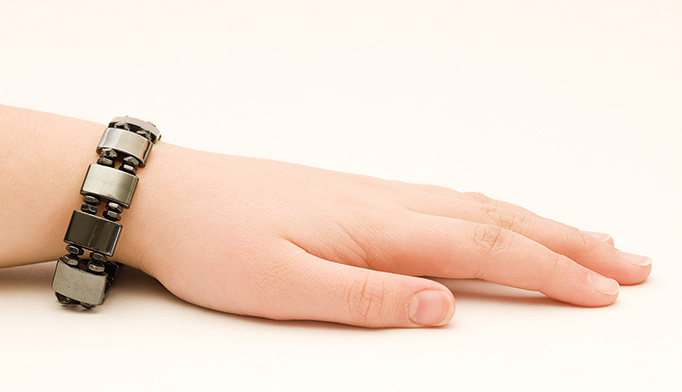 Using Magnets To Fight The Pain

Chronic pain has been one of the most debilitating ailments that thousands if not millions of people have to live with every single day. The pain is caused by a variety of causes and factors including inclement weather to over-exertion during a strenuous workout. However, just as there are several possible causes to the onset of chronic and fleeting pain, there is also an oddly wide variety of supposed “solutions” to this problem.

There are the conventional methods to fight pain, such as narcotics and pain-relieving medication, but there are also alternatives. Herbal remedies have been in use for centuries and are now the subject of much study, as are natural animal toxins. Recently, another interesting new avenue was tested using one of the most powerful (if not the most powerful) natural force on the planet: magnetism. Yes, people are experimenting with magnetic pain relief.

Magnetism is perhaps the single most prevalent, naturally-occurring force in the known universe and is easily among the most powerful universal energies. Magnetism has also been attributed to having any number of effects, from increasing the size of a woman’s breasts overnight to increasing raw intelligence in individuals who have registered slow mental progression. There have also been experimental uses in the medical field that are actually legitimate, such as research on using magnetic pulses to help people who are experiencing strokes or heart attacks. However, magnetic pain relief is a relatively unusual concept.

A recently concluded study published in the Journal of Alternative and Complementary Medicine showed that magnetism had some effects on pain. Specifically, the study focused on the use of magnetic energy to relieve the pain caused by fibromyalgia. Fibromyalgia is a condition associated with bone and joint pain, fatigue, related pain, and a variety of other symptoms. This particular condition is relatively more common in females than males and manifests in around 1% to 6% of the population. Magnetic pain relief in these cases was tested out as a possible alternative to current methods, which include doses of medication designed to dull the nervous system.

Unlike other systems designed to combat pain, magnetic pain relief is not something you take topically nor is it applied on the skin. The tests conducted over a six-month period utilized magnets embedded and inserted directly into the beds of the test subjects, with some receiving fake magnets and the others actually getting working ones. The treatment concept is to generate a uniform magnetic field around the body of the person, which, theoretically, would help alleviate the symptoms of fibromyalgia. The fields were designed to have variances in both polarity and the amount of space covered. Obviously, this style of treatment is not something that can be practically applied outside of a hospital or special facility.

The study claimed that there was a noticeable drop, but the whole thing is odd. Magnetism has never been proven to have any appreciable effect on nerves and pain receptors in the body except when continually exposed. While the study does take that into account, further tests are needed to determine whether or not they determined external factors. For example, further data was needed to determine whether or not the planet’s natural magnetic field had any effect on the set-up and results.

Of course, if magnetic pain relief does prove to be real, it might end up being used as a reason for the longevity and apparent pain tolerance of comic book villian Magneto.